He Triggered My Copy Stop Loss...

Remember in the last update, when I was talking about Citadelpoint? He was the top performing trader in my portfolio. For weeks he'd brought nothing but excitement and solid green gains. And then the risky AUD/USD trade.

Well it got worse the night after I recorded that last video. The markets moved against him quite dramatically. The next day, when I woke up, he was gone from the portfolio.

It took a while to work out what had happened...

Overnight, the trade had suffered heavy losses as the U.S Dollar strengthened against the Australian Dollar. Sometime in the middle of the night, my copy stop loss was triggered and the trade and entire copy was closed. 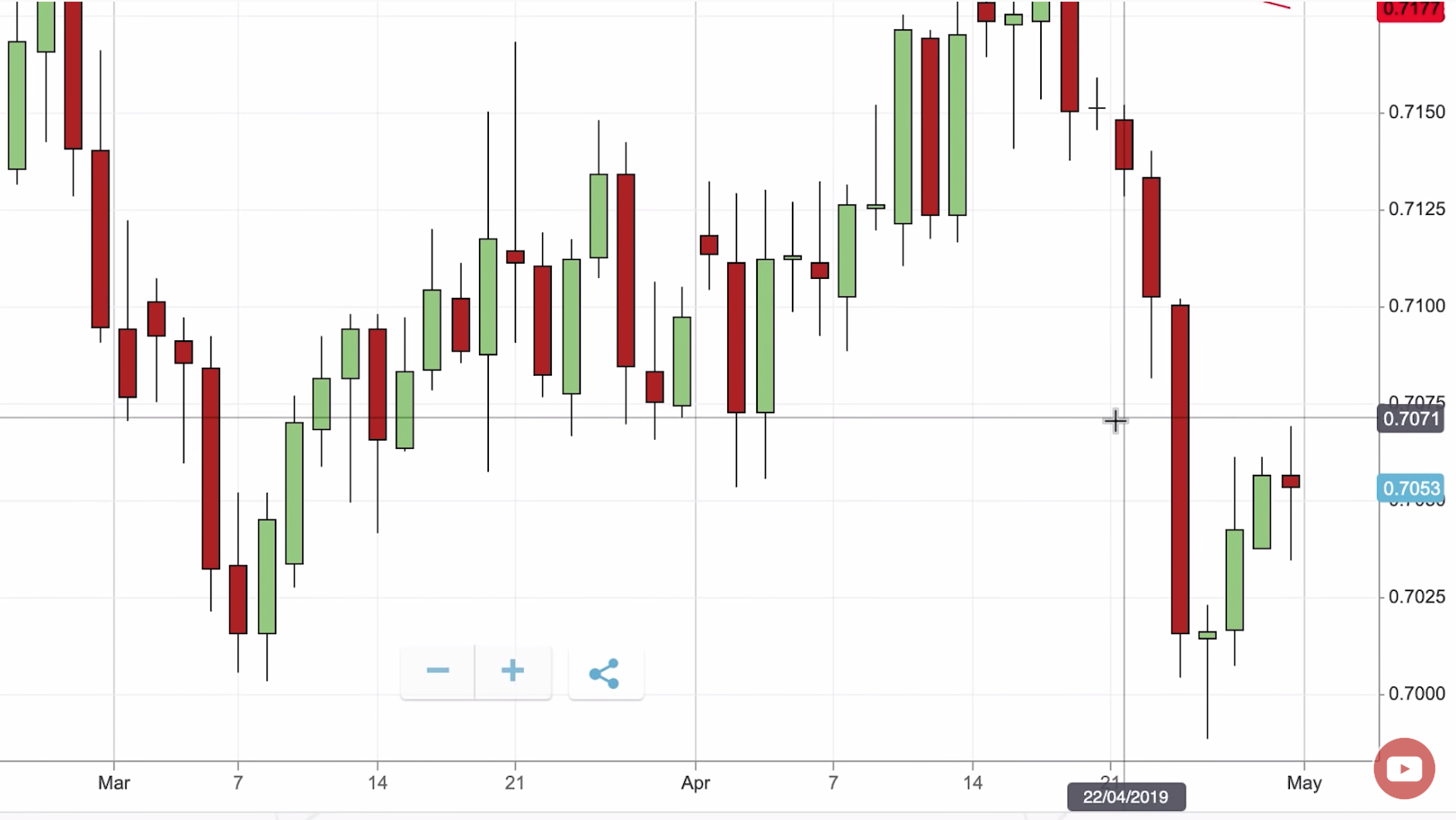 What could I have done to keep him in my portfolio?

Not much really... I could have done a couple of things:

A: Cancel that trade on AUD/USD manually.

This could have been done. I would simply have had to go to my portolio, and click on Citadelpoint's name. From there I would have been able to see all of the trades I'm currently copying via him.

There's a red 'X' to the right of each of the copied trades. I could have clicked that and closed it manually. But then, if I'm going to start doing that, is there any point in calling it copy trading? Or is it partial-copy-partial-manual trading... Do I want to have to do that forever?

And what if I closed the trade and then it went well? What would my copiers say then? "Tom, we like you, but quit messing with the copies manually!" If I had won, I'd have been quite clever. If I'd have lost though, I'd have betrayed everyone's trust. Not a great idea...

B: Increase my Copy Stop Loss.

I could have gone into my portfolio, clicked the little gear icon on the right and made some changes. My Copy Stop Loss (CSL) is currently set to 85% for all of my traders. Should I have increased the amount I'm willing to lose with Citadelpoint?

Maybe I could have set it to 80% (meaning I'd risk 20% of the money invested with him.) What about 75% or even 70%? How much should I have altered the stop loss so that I'll survive the potential drawdowns...

And would that be fair on all of the other people I'm copying? It would mean that I'm giving the riskiest person more room than the safer people to lose my money.

He's gone, and that's that - which traders are left?

Between them, they're mostly trading forex, a little equities, and a tiny bit of Gold. So how are they all doing... 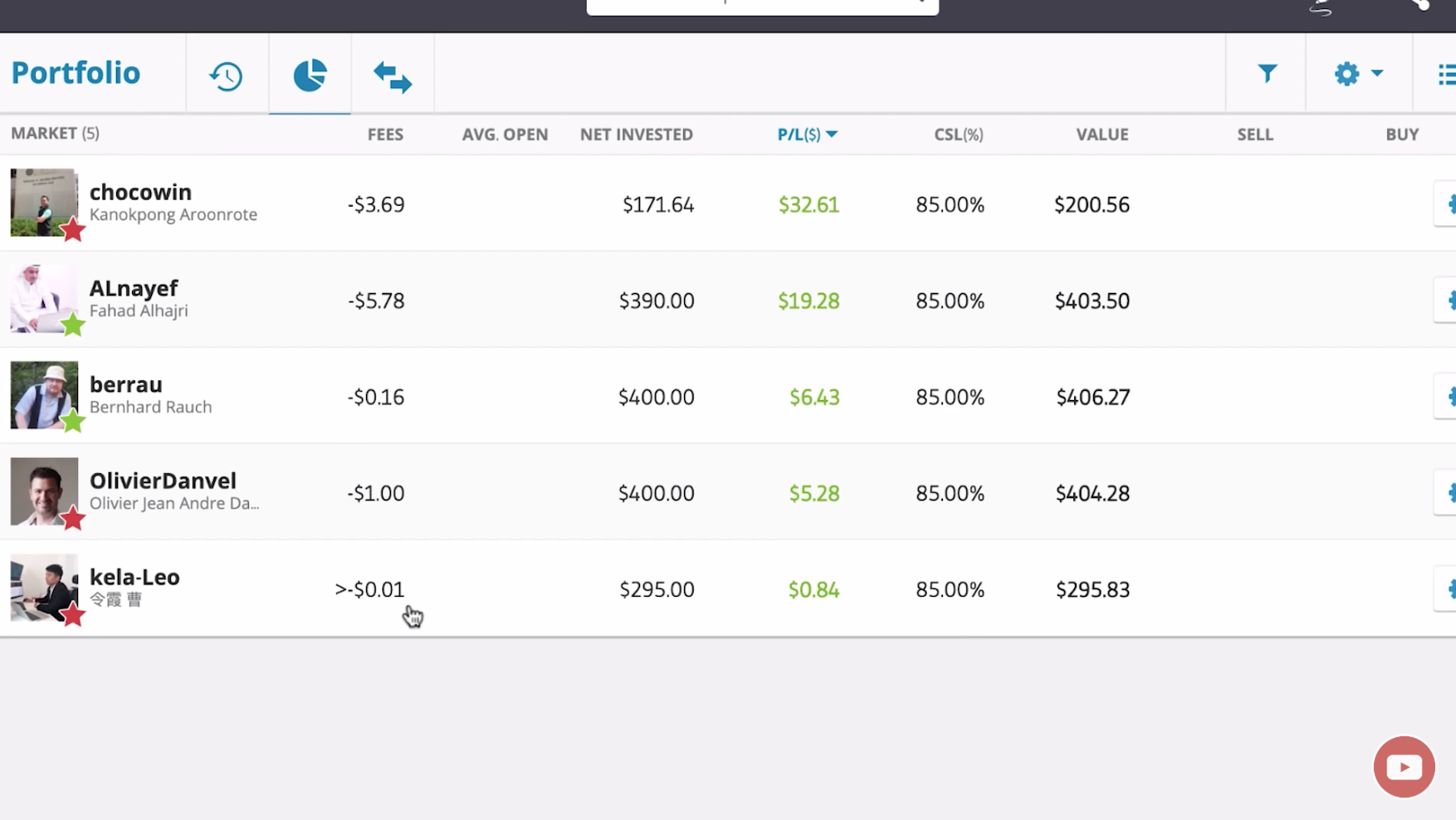 Chocowin is my equities traders, although he does sometimes dabble in other asset classes. He has the highest risk of any of my current traders, and is the only one with over a 15% max drawdown stat.

Honestly, I think I'd reduce him to around 5% of the portfolio if I could. I'd do it for the same reasons that I would have reduced Citadelpoint. His risk is just too high for the portfolio I'm trying to build...

He's been doing really well though. Trading frequently and successfully, and bringing in the profits.

Alnayef has been doing pretty well. He also had a trade open in AUD/USD, but he used less leverage and a smaller amount of his overall account size.

So, with the same movement in the asset, his losses are still minimal. Better... 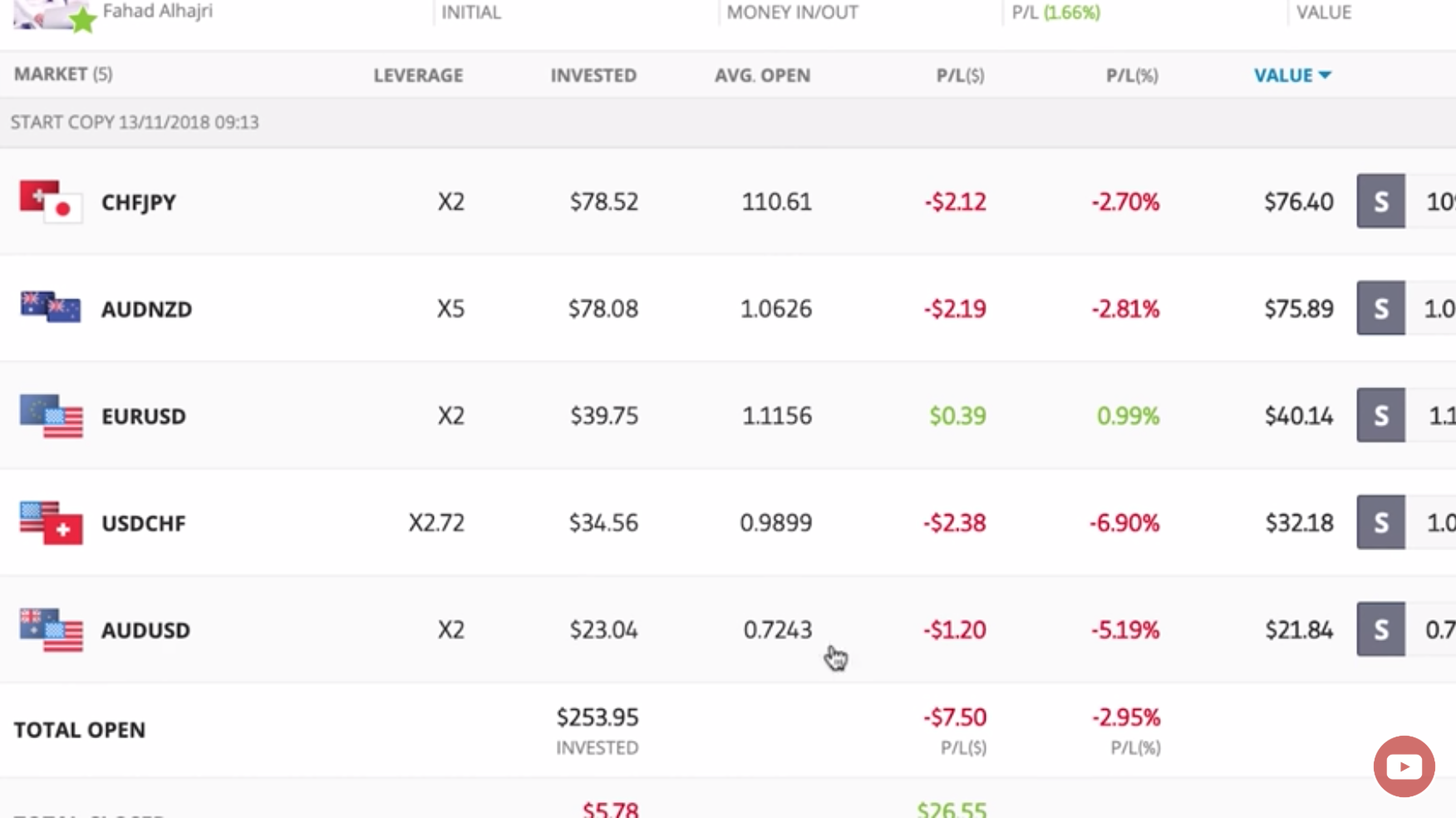 He's also been making quite a few small winning trades lately, which is good to see. He had basically disappeared for a while, so some sign of activity is most welcome. I'll wait and see what happens next with him.

Pretty well. He's up 2.65% so far for April, which is great. He doesn't have many trades open right now - just a small Ripple (XRP) trade which is losing a bit. 2.65% is a lot of profit with someone who's risk is as low as Berrau's. He's doing well 🙂

Now, Olivier is known for his low-risk, sea-of-green results. So far, he's been very consistent. This month is the first, even small sign of a slightly more risky approach. After opening a forex trade, it turned against him. That happens to everyone ... His method of dealing with this was something called 'cost averaging' (*I think!)

It means that as the trade goes against you, and the price drops, you continue to open small new positions at intervals.

The positions are in the same direction - all 'buys' in this case. 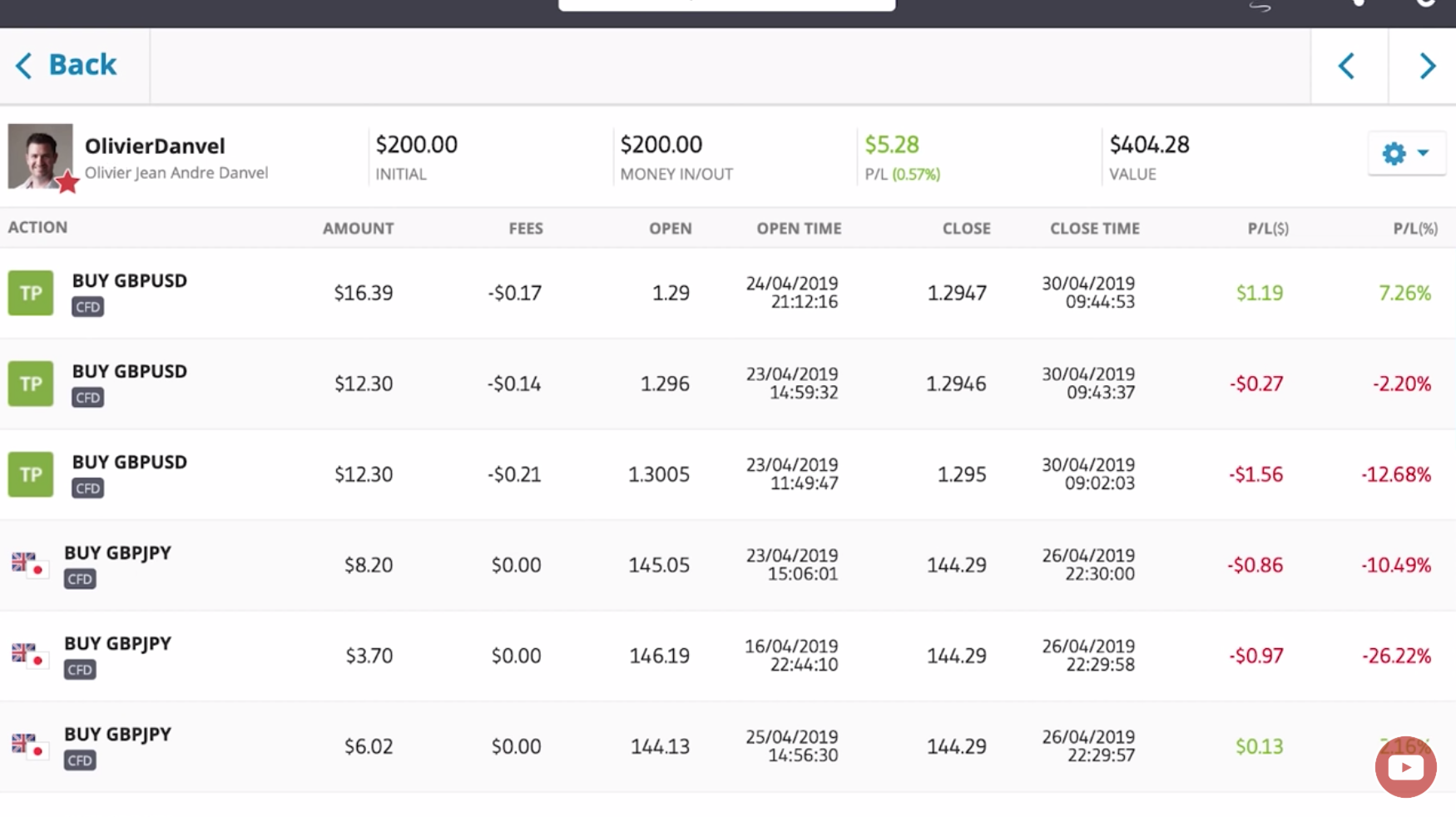 The idea is to end up with an overall lower buy-in price (when you take the average of all the opening prices.)

It's a tactic used by a lot of traders who know their stuff. Eventually, when the trade bottoms out, and the asset reverses direction, it should pay off pretty fast. The lower the average buy-in price, the better.

This appears to be what Olivier was doing, and now the trade has turned and he's on the way back to green.

It was a bigger swing than I was accustomed to from him though. 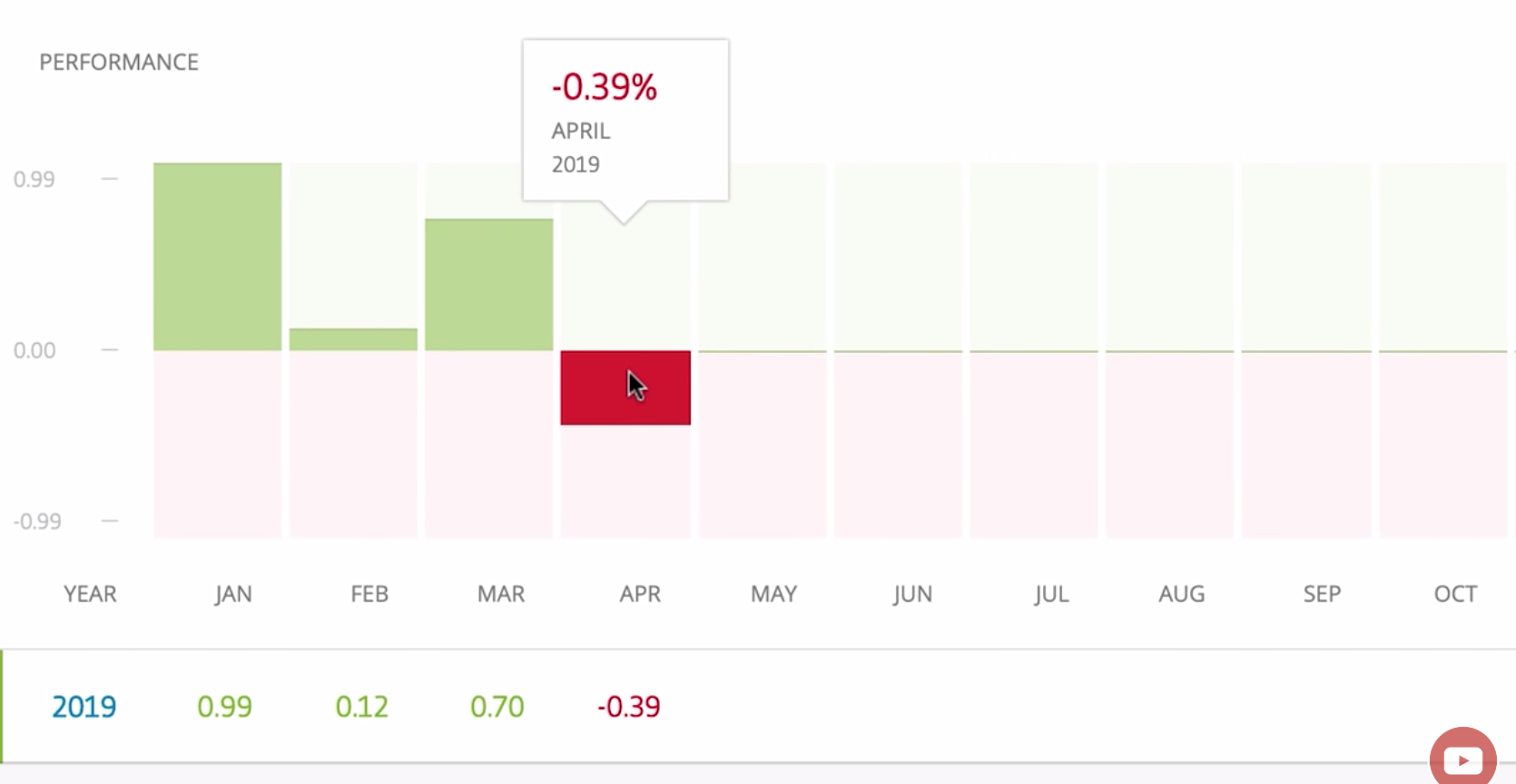 Kela-Leo is a new copy - he trades forex, and a little Gold. I'm going to see how it goes for a short while and then re-assess what to do.

He's a low-risk trader - under my 15% max yearly drawdown with low current risk scores. I don't think he'll do anything crazy, so I'll have time to see how he does 🙂